A few days ago, my longtime friend, Rodolfo Ramirez, became an American citizen. I was honored to be able to travel by train to New Haven, CT to witness his naturalization ceremony, along with his partner, John, and his dear friends, Maria, Gitte, Marge and Roberto. I have witnessed this wonderful, loving and talented man transition over the years from a young and magnetic coworker in Mexico City, to a wizened, mature and passionate teacher and resident of Connecticut, to a lifelong friend and confidant – and full-fledged citizen of the United States, to boot! 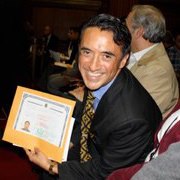 The train ride through New England, and the purpose for the journey, awakened the ghosts of the original American patriots who lived, defended and died here. It made me reflective of my own sense of what patriotism feels like, and what role immigration plays in the spirit of national pride.

Upon arrival at the grand, column-flanked steps of New Haven’s US District Court, overlooking the well-manicured and snow-flecked New Haven Green and the stately, brownstone buildings of Yale University beyond,  a sense of formality, tradition and solemnity overwhelmed me. It was intimidating enough for an American-born citizen such as myself; but I can only guess at the magnitude of feeling instilled in those being naturalized today as they scaled these same, daunting steps, heard the clickety-clack of their heels echoing in the hallowed halls, lowered their voices to whispers soft enough that the sound of their racing heartbeats emerged. What must it feel like, the joy and sadness, of renouncing allegiance to your Motherland, but to finally be able to partake of the American Dream?

As I passed through the metal detectors – a sad sign of the times – and surrendered my “deadly” Blackberry, i-Touch and NYC subway pass to the attending authorities, I marveled at the sheer diversity of ethnicities ahead of me in line, all going through the motions of surrendering their own, “dangerous contraband”.  (Can you tell I’m just slightly peeved by all this threat-of-terrorism brouhaha?!)  Mexicans, Colombians, Russians, Romanians, Indians, Filipinos, Portuguese, Chinese, Jamaicans, Ghanaians – it was so beautiful: the gorgeous, colorful, varied, happy, nervous faces.

As Rodolfo’s equally-nervous-and-excited cheering section, we settled into our row of seats in the soaring, wood-paneled-and-gilded courtroom; and it struck me that our row alone – each of us flanking our dear friend on his special day – were as diverse and varied ethnically as the crowd filing in.  Each one of us has proud, immigrant roots:  Rodolfo and Maria emigrated from Mexico, Roberto from Argentina, Gitte from Denmark.  John’s family emigrated from Portugal; and Marge’s family escaped the great Potato Famine in Ireland.  Some of my ancestors immigrated to Hawaii from Portugal and China, others from New Jersey via England and Ireland.  Even my “kanaka maoli” ancestors, the native Hawaiians, left their original homelands of Tahiti and the Marquesas Islands to establish a life in paradise. 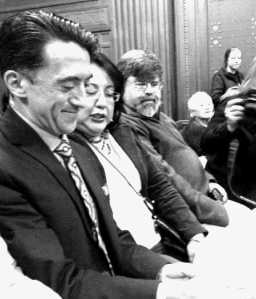 One of the things I love most about living in New York City is its thrilling cultural diversity.  I love being able to stand on a street corner and hear dozens of languages spoken all around me.  (Ralph and I love to eavesdrop, trying to identify all the musical, foreign tongues!)  I cherish the ability to have breakfast at a Ukranian deli, lunch at a Tibetan cafe, dinner at a chic, Peruvian hot spot – and then repeat the next day, with 3 completely different cuisines!  I feel fortunate to be able to cheer and clap along with the myriads lining the streets during Manhattan’s parades, celebrating the people and cultures of Puerto Rico, China, Ireland, India, etc.

On May 1, 2006, a year and half after moving to this amazing city, I left the office on my lunch break to attend the “Day without Immigrants” rally in Union Square.  This was a day in which immigrants nationwide didn’t show up for work (attending the rally, instead), to show how much their adopted cities depended on them to function smoothly.  It was a brilliant response to the anti-immigrant sentiment spreading through our nation at the time – a sentiment that concerned and troubled me.  I figured this sentiment had, at its base, a simple and understandable fear of the unknown.  I reflected on my own feelings; and though I had always had an open mind about it, I did find little “specks” of fear and discomfort in myself. 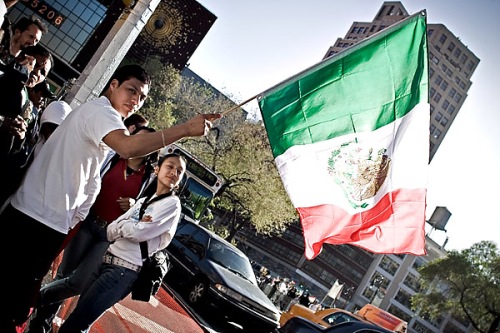 Attending that NYC rally was just what I needed.  Rather than mobs of conniving, opportunistic devils caricatured in political lampoons, here were masses (over 100,000 people) expressing their love for the United States and the American dream, appreciative of opportunity, with a willingness to work their fingers to the bone for little pay, few or no benefits and very little respect – just to be able to make a better life for their children.  I imagine my deeply-revered immigrant ancestors, as well as those of my fellow row-mates in this courtroom (and, quite frankly, all those here today to pledge their allegiance to our country), possessed the same dreams, hopes, determination, self-sacrifice and love for the U.S.

I stood in awe of, and in solidarity with, this triumphant, unstoppable force of humanity.  My fears diminishing, an awakening began in me.  It became clear that this spirit, this influx of determination and drive, this willingness to “make do”, to improvise, to invent, to bring to the table a completely new range of achievements and experiences in overcoming adversity, is what made this country great – and will make it great, again.

My friend, Rodolfo, doesn’t take for granted the benefits, opportunities and privileges now afforded him.  He cannot wait to vote, to serve on a jury, to dive – face first – into the American Pie (one of which, hilariously, Gitte brought to the courthouse as a gift for him!).  He symbolizes the American spirit for me and encourages me to reawaken that spirit in myself.  Thank you, Rodolfo!  I am honored to be your FELLOW American! 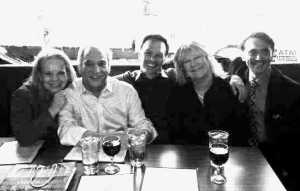 51 responses to “Immigration and America”